Self Assessment
In class we were handed a rubric.  The teacher discussed what was A work and what was B work.  Based on this, I went towards the A column doing as much work as I could.  I went about doing this work by looking in the first row.  The teacher wanted us to take a couple of tests from the area.  My group accomplished one control and two experimentals.  After getting the evidence, I looked at the next rubric.  This rubric had us design a graphical display on our project.  I came up with the design by remembering the area that we tested.  My design consisted of a 45-degree angle and a key to represent the plants in the area.  Next, I added rope and string to my project to represent the 25 foot and 4 foot area.  Based on the rubric, I did as much of the A work as I could.
Based on the test I did, I found out that the biodiversity of the Weaselskin control test showed what the natural ecosystem was before the growing dead zone.  The experimental showed that all the native plants were killed and replaced with non-endemic species (not native of Colorado).  The plants were not healthy.  Because the native plants were killed I felt that the plants were unhealthy in the growing dead zone.
I feel that humans don’t fit into the current ecosystems of Weaselskin because of all the non-endemic species growing there.  It is not healthy because humans cannot survive in an area that has non-endemic plant species.   The human immune system has not adapted to non-endemic plant species.

Humans fit into different ecosystems because of the adaptability of the way we sleep, eat, and strive to survive.  We build shelters, grow, harvest and consume food, make and buy clothing, and live in a fashion to survive the ecosystems in which we live in.  For example, living in the desert doesn’t require the amount of clothing that is necessary living in the cold climate mountain states such as Colorado. We have brutal winters in Colorado.  We need to purchase lots of winter clothing.  We need to purchase and use four-wheel drive vehicles whereas in the desert states, they can get by with two-wheel drive vehicles.  We also need to purchase and use fuel such as natural gas, propane or pellets for stoves.  Whereas, in the desert states, the need for heat isn’t as great as the need for air conditioning.  Colorado residents rarely need to purchase air conditioning.  We grow plants that are native in this area in order to harvest and consume.   Native plants in the southwest Colorado ecosystem include sweet corn, cherries, chiles, strawberries, mushrooms, tomatoes, potatoes, peaches, and apples.  Another Colorado way to get food is through hunting.  Every year, my family and I go hunting for deer and elk.  We put a lot of meat on the table from hunting.  Lastly, there is plentiful sun in the dry climate of the southwest and to survive I use lots of sunscreen, wear hats, drink lots of water, and stay out of the sun at peak times during the day.


The natural ecosystem is the control because the Weaselskin Equestrian Center ecosystem consisted of organisms that were natural to the area before the growing endemic organismal dead zone started.


The hypothesis is that at the Weaselskin Equestrian Center, the group will need to spread out a 2x 25 foot measuring tapes and a 4 foot string in a T shaped manner.  The longer rope will be the base and the shorter string at the top.  This will be used to create the belt transit on the growing dead zone in the Weaselskin Equestrian Center.   This belt transit test will take place on the dead zone and on the natural ecosystem.The group hypothesizes that the soil has something to do with the growing dead zone.


The experimental control is the natural ecosystem because when the dead zone hit, all the organisms of the natural whelm were killed off and replaced with non-native and potentially harmful plants.  The reason for chosing this is because there is a flow of the dead zone from the top of a hill, giving the hint into what the control would be.

4 people from my group to help in collecting the data for the belt transic.


For the procedure, the group will pull both measuring tapes out a distance of 25 feet and lay the tapes down head to head on top of the experimentation area.  Next, the 4 foot string will be laid down at the very end of the 2x 25 feet measuring tapes.  Two people will start at the ends of the 4 foot string and will walk the distance of the 50 feet, jotting down everything in that area, including branches, plants, trash, rocks or any material that inside the area.  The other two people will start at the other end of the 2x 25 feet measuring tapes and will jot down everything in the area until meeting the other two people. The group will take the data back to class, discuss and conclude what is in the growing dead zone.  ​ 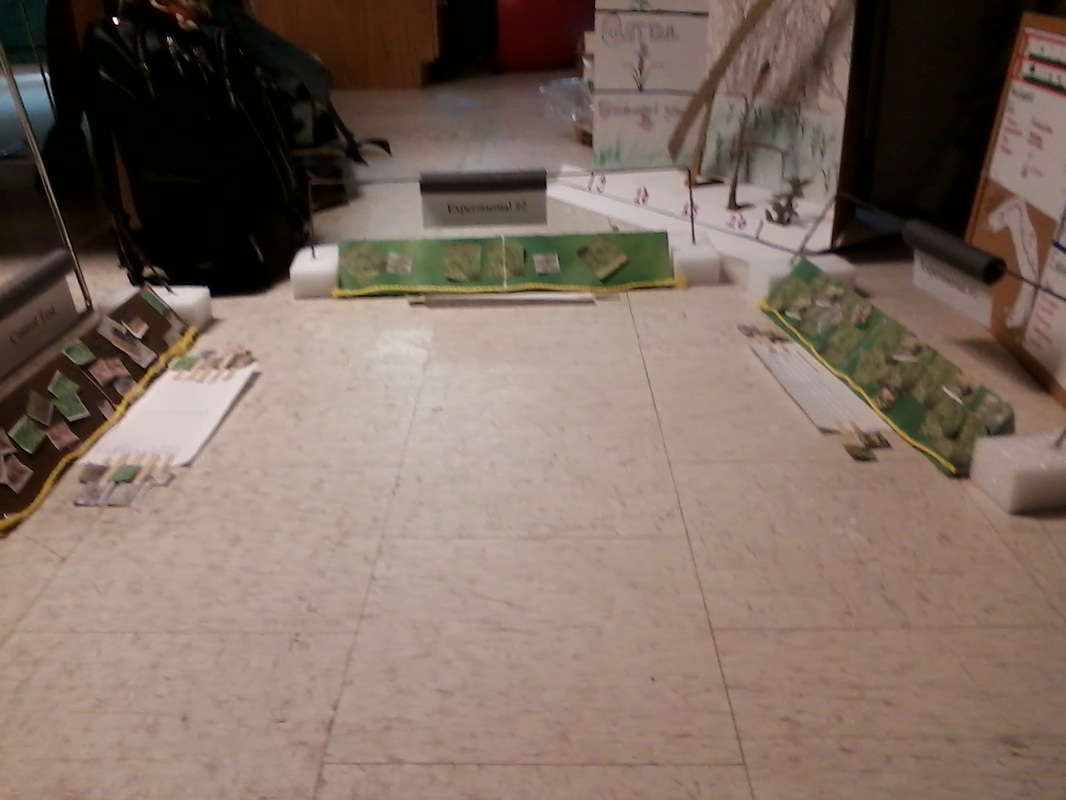 
The scientific method in my project was reduced by some but not by a lot.  My scientific method included conducting research, hypothesizing, analyzing, testing, concluding and sharing.   Research was going online and figuring out the topic and background knowledge.

Hypothesizing was getting all of my research, writing a prediction, and lengthening it from five sentences to two pages.  I analyzed what I wrote and jotted down key points in the hypothesis. To test it, I took my analysis and hypothesis and tested in a real life experiment.  I concluded by writing down what I found out with my testing.  I shared online and presented my findings.


Throughout this project, I haven’t changed my thoughts on the scientific method due to the fact that all my scientific methods in my life have all been on paper and stressful.  My thoughts did change on how a project can change the perspective of the prompt.


My view of the scientific method related to my world by doing a project in or out of a real world job.  I could use research for the project that is in my possession by writing a prediction on the project.  Next, I could use analyzation to figure out how the project is going together. Next, I could test it making sure the project is a good project and one that would stay together.  I would then conclude by writing or making a film on the subject that I was given.  Lastly, I would share that with my boss or with people online.


I would apply the flow-chart to the rest of the year in biology by doing each step thoughtfully and thoroughly, making sure that each step is presentable in a professional manner.  If I needed assistance, I wouldn’t hesitate to ask for help.


The project for me went very smoothly.  One of the main challenges I faced while doing this project was finding a book and a website that I could use throughout this project without having to change websites or books.  The part I loved most was getting a lot of positive feedback from my peers. 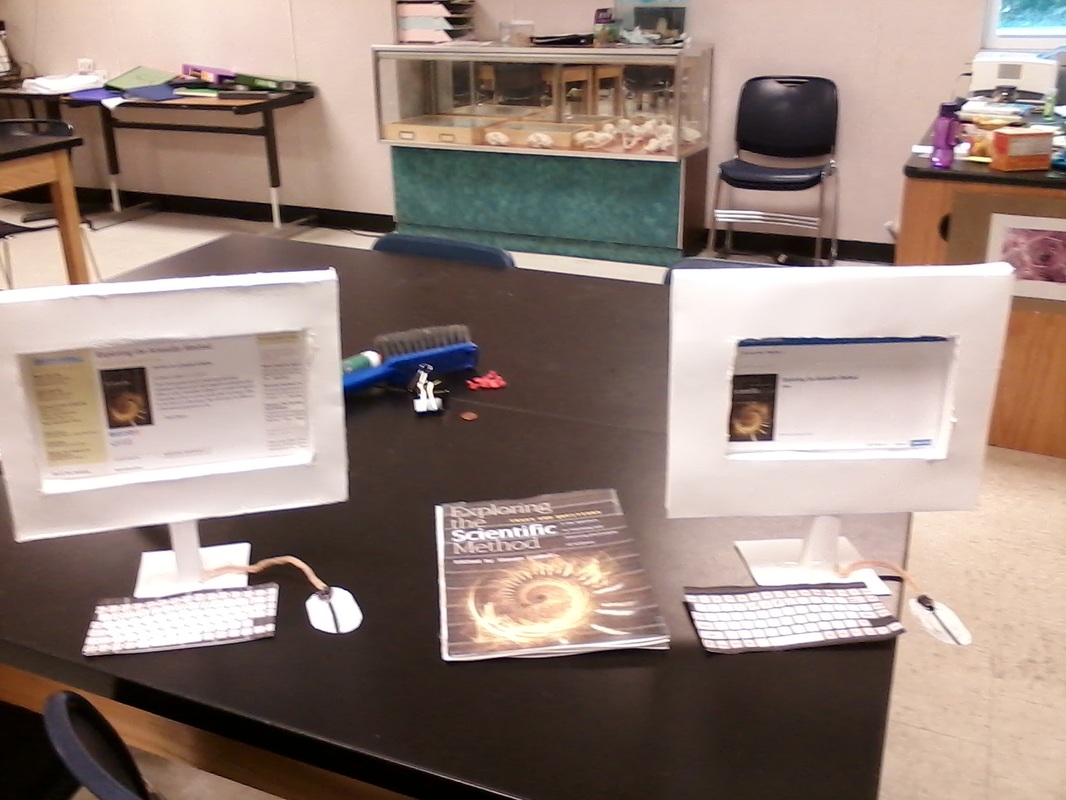